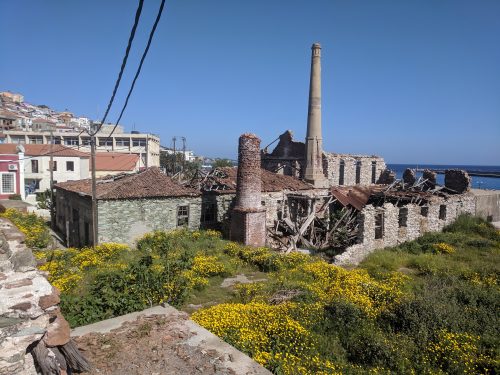 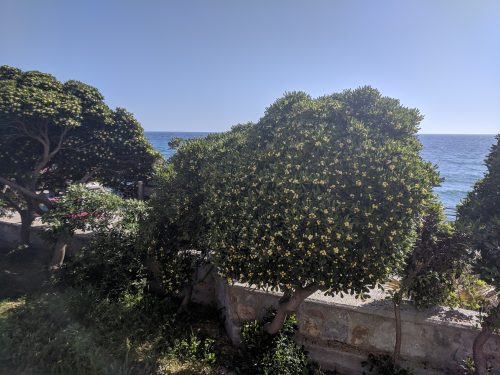 On Easter Monday I hitch hiked with a friend to Plomari, a seaside village twenty five kilometers from Mytilene. The first driver to pick us up was a Greek in his sixties. He was here on holiday with his daughter, he told us; he’d lived in France for the last forty years and spoke fluent French. When I told him we were working with refugees, he replied very firmly:

‘There aren’t any Syrians left on Lesvos. Just Moroccans and other North Africans pretending to be Syrian.’

I knew for a fact that he was wrong, and was wondering whether to point out that I can tell from a person’s accent if somebody’s from Syria or not. There’s no way a Moroccan can successfully fake a Syrian accent – or for that matter the dialect of Arabic that Syrians speak. But the guy was driving and I decided to keep my mouth shut.

‘Where in France do you live?’ I enquired.

‘Marseille! Which is all-Arab these days. Not a French man left.’ Again, I was tempted to argue, but held my tongue. By now I was curious about the guy’s attitudes. Surely as a Greek migrant worker he must have had some experience of French xenophobia?

‘They’re all traitors, the Arabs who live in France,’ the man went on, as he accelerated. ‘They pose a great danger to the country.’

Our second lift was with a young French couple who work at an independent refugee camp. They dropped us on the beach in Plomari. It was a windy, sunny, warm day and big waves were rolling onto the shore. Immediately beside the beach, tables were set for an Easter Monday feast on the outdoor seating area of a taverna. On the far side of the road, a sheep was roasting on a spit.